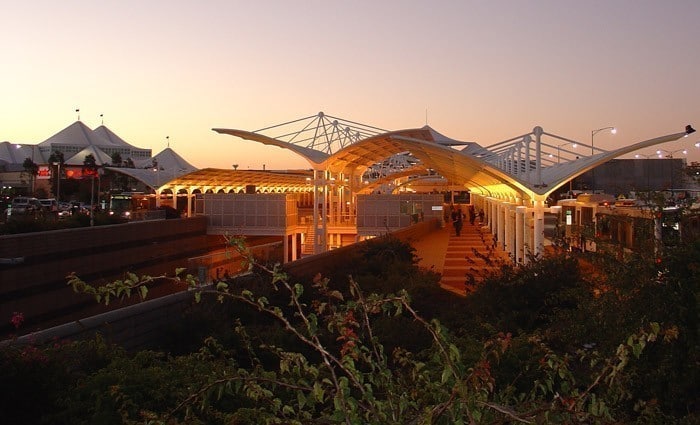 This article was originally published here and although a couple of years old, most information is still valid.

Northern Perth’s Joondalup region is adjusting to the moderating market of the city.

The push to establish Joondalup as an urban centre extends back to 1970, with the Corridor Plan for Perth. A number of retail and transport infrastructure initiatives have been implemented around the area in the past 40 years to facilitate urban development and direct activity to Joondalup. Joondalup was highlighted in the West Australian state government’s Directions 2031 strategy as one of two primary centres in the Perth metropolitan area, along with Rockingham.

The area’s CBD has a strong retail focus and has seen considerable residential development in recent years, with a relatively high density of townhouses and apartments. With the presence of Edith Cowan University, a healthy retail and entertainment district, established parks and in close proximity to the beach and Lake Joondalup, the area has attracted demand from the middle class lifestyle market.

The greater region of Joondalup had a median house price of $588,750 in March, while units in the area sold for a median price of $415,000. A two bedroom Joondalup apartment in the block pictured below sold for $408,000 in February.

According to Australian Property Monitors senior economist Andrew Wilson, Joondalup’s appeal to middle income earners has lent the area some resilience against the changes seen in Perth’s market.

“Joondalup is in the middle price range area,” said Wilson.

“There’s a bit of a lifestyle market there. With all the new developments that have been established in that area, we’re seeing middle price bracket, executive type buyers.

“Because of that nature of the market, it tends to be quite resilient. The big picture is that Perth is moderating. The latest data shows that Perth’s market has plateaued.

“We’re seeing quite a significant upward shift in unemployment in Perth, which has moderated lately.”

According to data from the Real Estate Institute of Western Australia, listings in Joondalup and the neighbouring Wanneroo jumped earlier this year, up 28% in the March quarter from December.

“The Perth labour market has seen some difficulties with absorbing eastern state migration, which saw rents get pushed up quite sharply in some suburbs of Perth. Perth prices rose 10% last year, and with rising unemployment, we’re starting to see some affordability issues.

“And the lifestyle market can certainly be affected by job security and affordability issues. But as the economy does pick up and absorb that unemployment, incomes will grow.”

The slowing mining sector in Western Australia has seen a shift in focus for the region, with the city of Joondalup launching new initiatives to market the region as Perth’s “knowledge capital”. How well the region responds to the state’s shifting economy remains to be seen, but strong infrastructure investment in the area in the past and extending into the future ensures that it will remain a significant urban centre for Perth’s northern corridor.